After reading the following tutorial, please go over the latest explanations under the designer document. There are some enhancements and restrictions.
Mission-X v2.0 implements a simple "free fall" drop mechanism. The beauty of this feature is that you can define number of targets as "hit-able" by the dropped object.
Before I'll dwell on how to use this feature, I take it for granted that you understand how to write simple missions or aware of the plugin syntax.

First: <drop_object> element is a new sub element under "step_settings". We use this element to define the object we can drop from our plane.
Its attributes are:
num_of_tries = how many tries we have before failing.
file_name = 3D Obj file that represents the fallen object.
file_name_on_ground = The obj file to display when item reaches the ground.
radius_mt = radius of effect in meters.
fail_can_continue = If all attempts fails, should the mission abort ?

This is the main drop element attributes we need to configure in the first stage.

Second Step:
Define the targets that are "Hit-able".
This is done using the sub element "target".

Here is an example:

The target name must be one of the step_goals in the current step.
You can define multiple <target> sub elements for <drop_object>, but in most cases you just have one target.

Third Step:
Make sure that the target knows that it has to be HIT.
The following example is a hit-able "static_target". In v2.0 we have a specialized sub-element by the name "<hit ...>" that allow us to extend the target behavior. 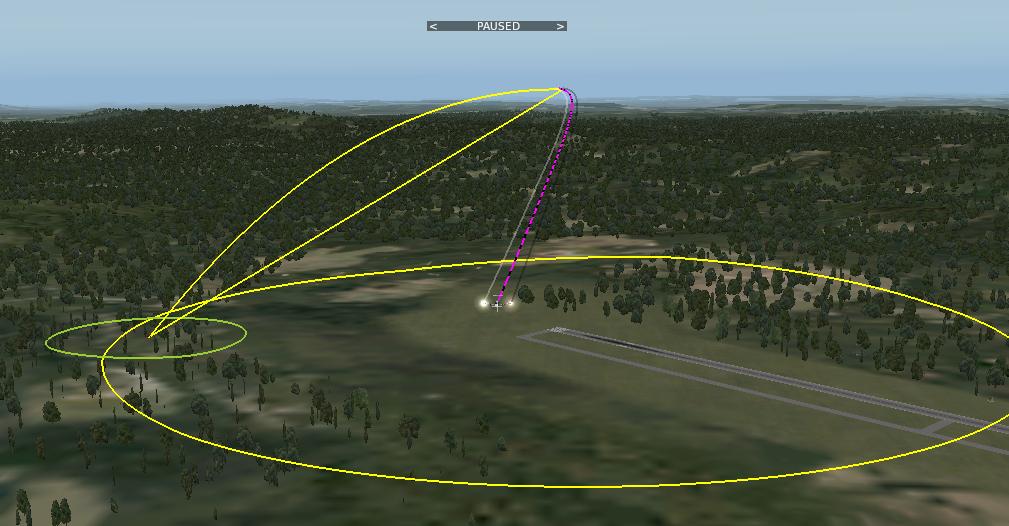